One of our favourite games with flashcards is the “Everybody touch..” and then every child has to run and touch the right flashcard which is hung on the wall. During the Xmas Happy Camp, during our very first day when we read Stickman, we came up with a great variation of this game.. where the Flashcards, at some point.. totally disappeared!

The children were engaged, fully involved and even though it could have just been a TPR game (Total Physcal Response), where learners just responds to commands; they were active and producing language because at the end they felt super confident.

Have you ever tried a similar game with your children? Do you know any variation? Let us know if you decide to try it out and how it goes! 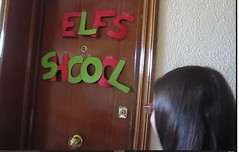